"Radical self-expression arises from the unique gifts of the individual. No one other than the individual or a collaborating group can determine its content. It is offered as a gift to others. In this spirit, the giver should respect the rights and liberties of the recipient."

Radical Self Expression is one of the original 10 Principles of Burning Man. The Ten Principles were originally written by Larry Harvey in 2004 as a guide to the organisation of Burning Man, and later adopted as a model of thinking and behaviour for participants to follow at the event, and in their lives generally.

The Expression Station is a slow-motion black and white video booth. Participants record themselves during the day or at night. The videos are randomly projected throughout the night. Newly recorded videos are projected immediately after recording. Before recording a video, participants are given the option to consent to have their video included in this compilation or deleted after the event.

What I find interesting about the Expression Station is it removes the photographer from the equation; allowing participants to express themselves without external influence.

The project is built on a Raspberry Pi using the Raspberry Pi camera and touch screen. All software is written in Javascript.

The Expression Station is funded in part by the AZ Burners Art Fund and crowd-funding supporters. 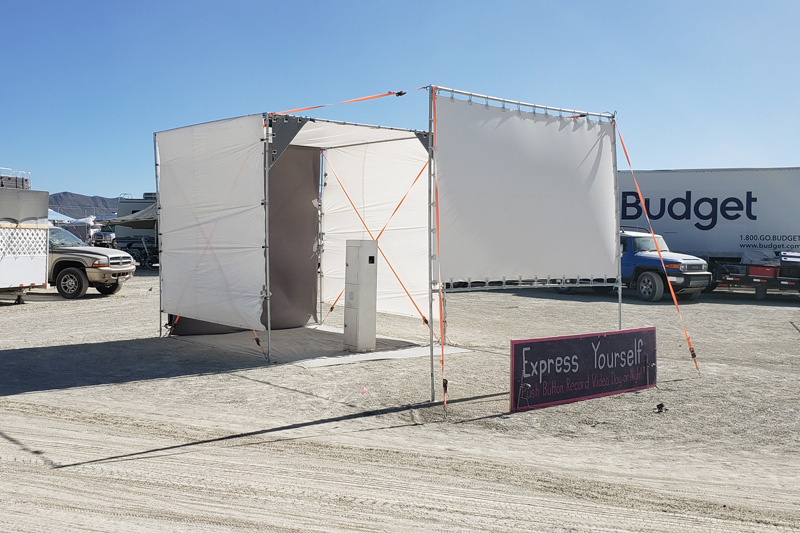